The cruel civil war in the United States evolves into …World War!!! 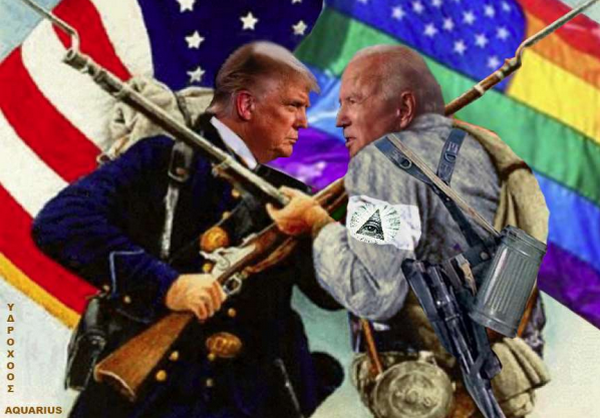 The cruel civil war in the United States
evolves into …World War !!!

The American People are struggling

in the name of Democracy and Freedom

as the last line of defence of the free world…

nothing will stop the Zionists-Marxists

to literally set up a global dictatorship.

…Those who fear that there is a risk of civil war breaking out in the U.S. in the near future are wrong !!! …Reality has surpassed their imagination, and the civil war in the U.S. is already in full swing! …It is raging and we simply recognize it not from the weapons’ sound, but from its disastrous effects; like all wars of the post-industrial era. This war is now a daily reality, which we see in the nightmarish losses of the American economy …a war, which we see on the stats of tens of millions of young unemployed …a war that we see, as a result of the lockdown in the U.S. deserted streets. With today’s incredible rigging in the American elections, it’s clear that the coup d’état has now reached a marginal point …a coup, not against Trump, but against the American democracy itself.